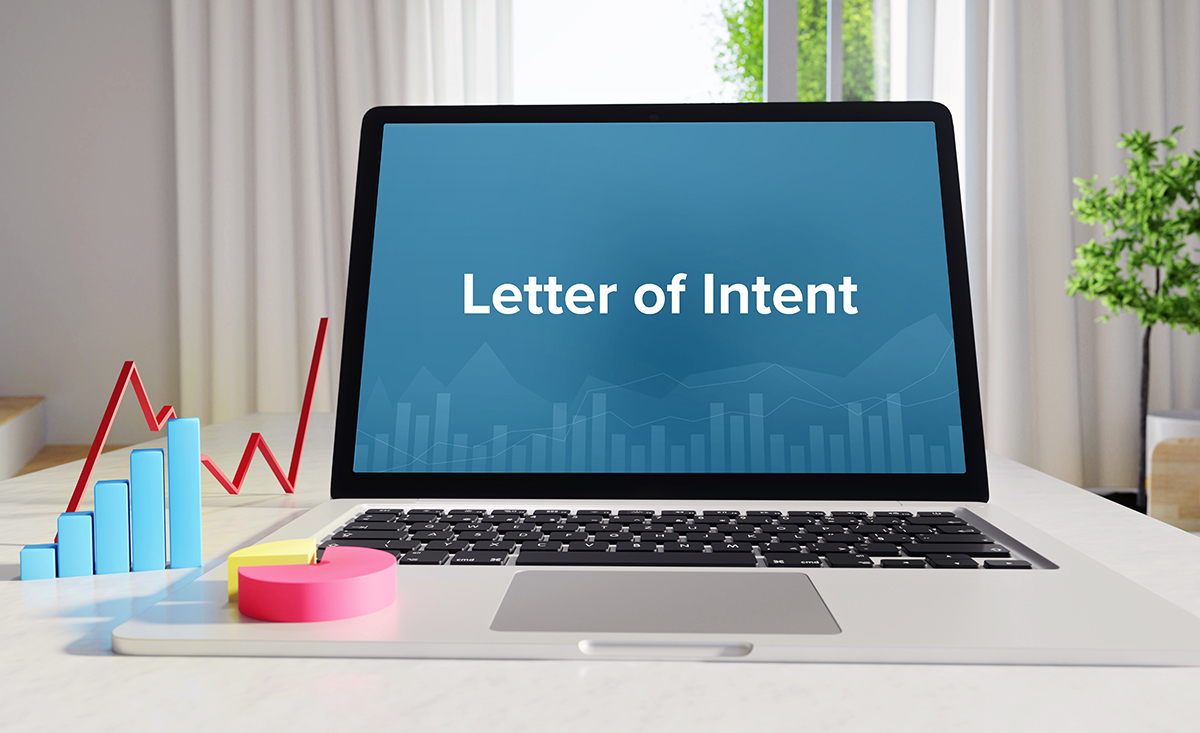 There is much at stake in most business deals. It often makes sense to use a letter of intent to clarify the parties’ intentions.

What is a Letter of Intent (LOI)?

A Letter of intent (LOI) is a letter between two (sometimes, even three or more) parties or companies outlining the basic terms of a prospective business transaction. Essentially, one company uses the document as a declaration of commitment to do business with another. While businesses can draft similar agreements in many formats, an LOI’s distinct feature is its letter format.

Businesses can use LOIs for both ongoing and complete transactions, including business acquisitions. However, a letter of intent is not a substitute for a contract and only outlines the terms the parties intend to formalize in a future contractual agreement.

Are Letters of Intent Legally Enforceable?

While some provisions of a letter of intent may be binding, parties normally do not intend the overall document to be legally binding. Typically, LOIs contain some terms that are legally enforceable and others that are not. It is up to the parties to agree on which provisions are legally binding and which are not. Some of the legally enforceable terms in letters of intent include confidentiality, non-solicitation, and exclusivity. Parties must be careful not to unintentionally bind themselves. If they fail to include specific non-binding language, they may find themselves drawn into unexpected litigation over the terms of a deal they did not intend to effectuate.

When to Use a Letter of Intent

LOIs may also be useful when seeking funding for investment opportunities. However, it is not advisable for a seller to use an LOI where it potentially disadvantages them by “showing your hand”. You should also reconsider using an LOI where there is an increased risk of creating a legally binding document, especially through its wording or language. Keep in mind that deals change and evolve over time as new information comes to light during the due diligence process. Failing to include an appropriate escape clause might bind a party to a disastrous deal.

Advantages of Using a Letter of Intent

Using an LOI has several advantages, including the following:

Disadvantages of Using a Letter of Intent

Using an LOI may have pitfalls. In some circumstances, including the following, it might be better to avoid it: